I know you are well aware that the Color Run Superhero Tour has been doing rounds this year since it’s 2017 world debut, in Soweto, back in April. If you claim not to be aware, no worries, I will tell you all about it and the best part? I will even rub photos in your face of me participating in The Happiest 5K on The Planet.

I was among the 10 000 Color runners who were unleashed in the Pretoria tour at the Waterkloof Airforce Base last weekend. While the Color Run unleashed us on to the Pretoria streets, we unleashed our inner superheroes onto the streets. Going by this statement, I can claim that it was actually 20,000 of us who attended the event- every 10 000 of us plus the inner superhero, that makes 20 000 right?!

I do not know about you lot, but this was my first ever Color Run. I have been to so many races but this one truly beat all others. I could lie to you and say it was because I was so excited that I ran my fastest time ever.  Or I could lie to you and say I experienced the ‘runner’s high’ all the way from the start to finish line. The truth is I did zero running during this race. Nada. Zero. Zilch. 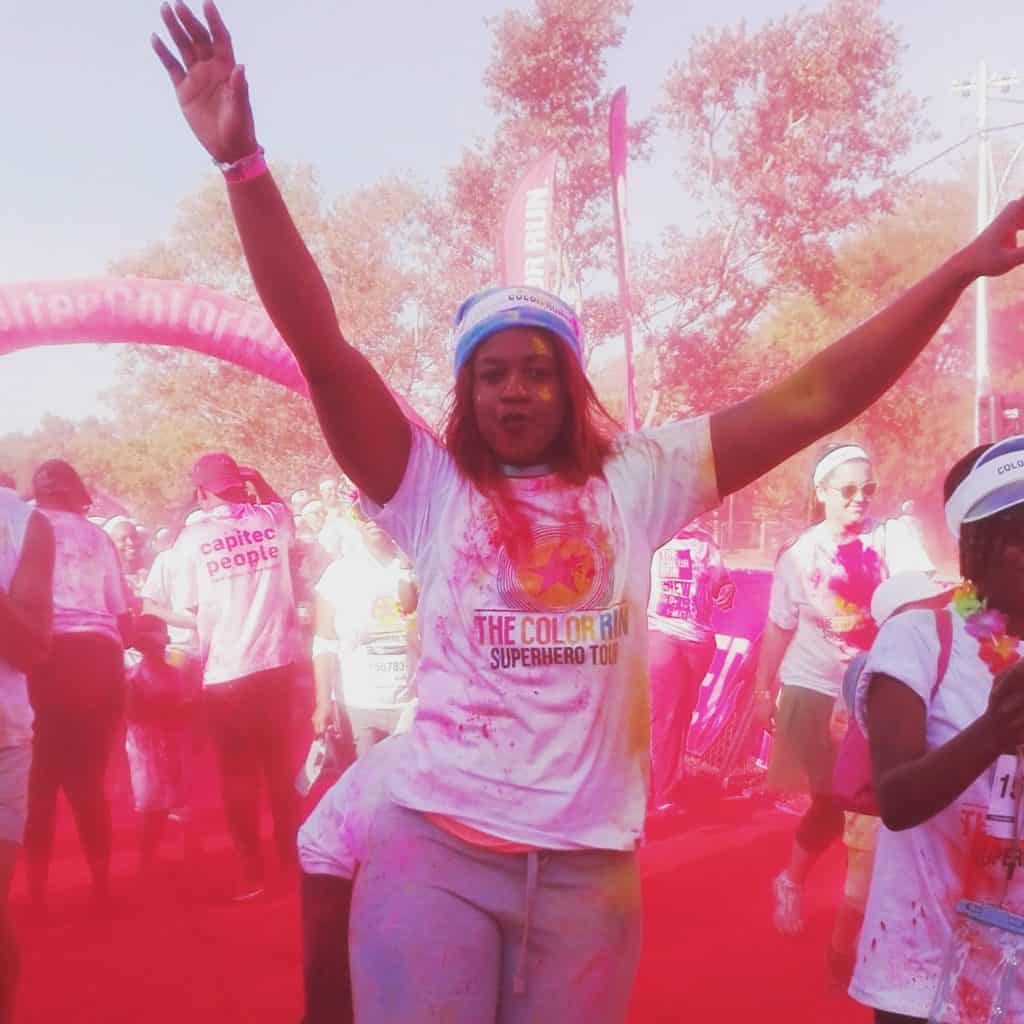 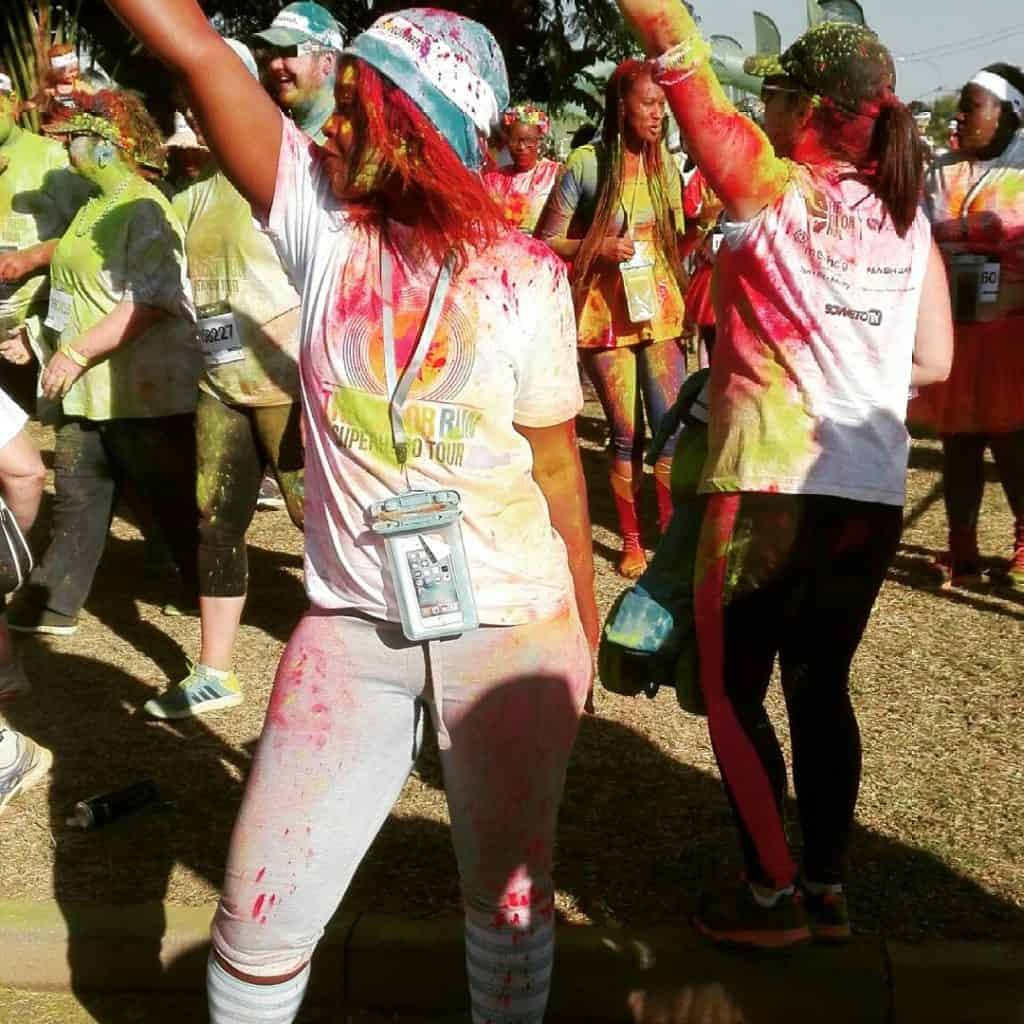 I could go on about how complete strangers were dousing colour on each other, but I guess you get my drift about the chain of colourful fun that was involved or is involved in a Color Run. So you see, if you are an uptight human, the Color Run really isn’t for you.

Anyone of any age can take part in the Color Run, no matter their level of fitness because there is very little running involved. Of course, there were a handful of people who ran the track, but the rest of us just walked. This was not because we couldn’t run. We could. We just chose not to in order to prolong the fun.

Besides, the race is not timed, it’s just 5 kilometers of pure bliss, and however, you want to do it. Yes, crawling is also allowed, in case you were wondering.

Between the start and the finish lines were five different ‘colour dousing station’, red, blue, green, purple and orange. The stations strategically had colours of the event sponsors such as Capitec Bank, who are the headline sponsors. My shoes pictured below are evidence of the superb stations. 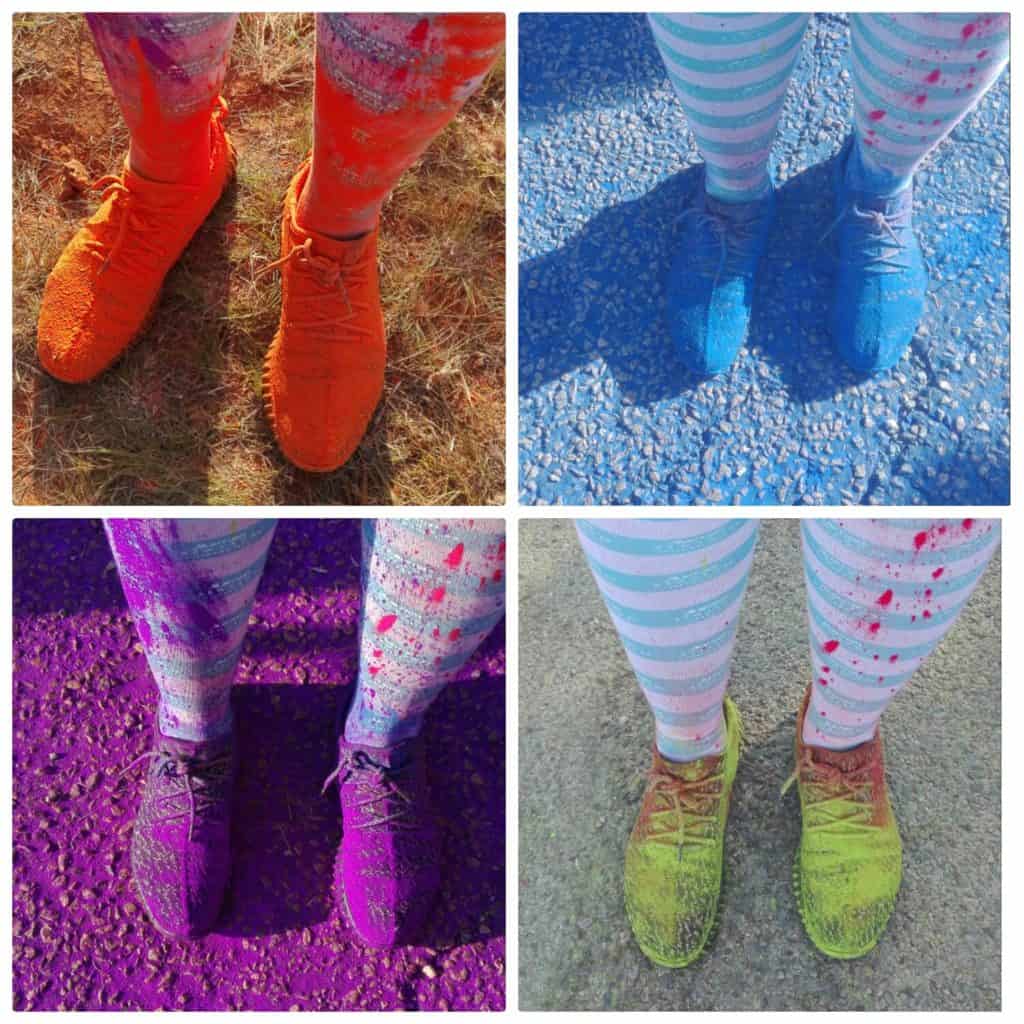 There were ‘runners’ young and old dressed in spandex, capes and masks celebrating their inner hero and the race, there was the Finish Festival equipped with music, dancing and massive colour throws, which created millions of vivid colour combinations.

The South African tour is still on the way and it may be headed your way. Check out the Color Run website and join the awesomeness.

*My kids and I were given media access to the event. All opinions are mine.