Together with Fight Club gyms, Reebok had created a simple way for women to arm themselves for life. The self-defence classes were being offered in Johannesburg, between 18th April and 19th May, with the ultimate goal of spreading to the rest of SA.

I signed up, attended the class at the Centurion Fight Club and now would like to share the valuable self-defence moves and tips I picked up. 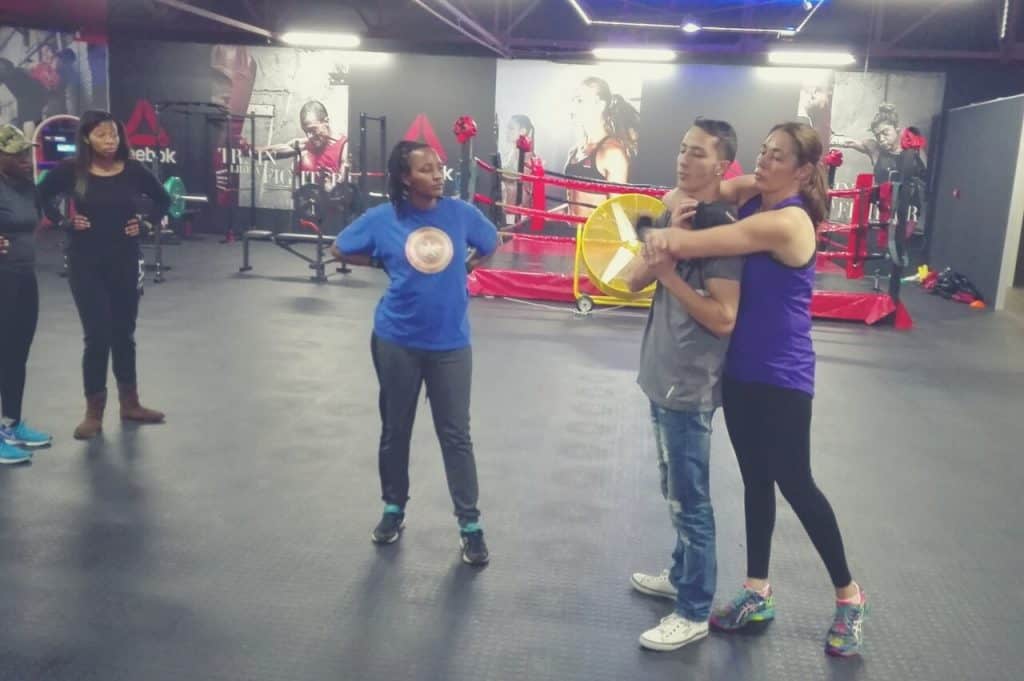 The martial arts class started off with a warm-up with Fight Club instructor, Given Majuba. He took us through a boxing session where we threw punches at the punching bags.

Given taught us the basics such as how to make a fist, and tactically throw punches at a potential attacker. He also stressed the importance of maintaining a fighting stance at all times.

The fighting stance he said, decreases the chances of falling over during an attack which is an undesirable position for a victim to find themselves in. The instructor had a one on one session with all 8 of us, including my two daughters aged 10 and 12 years old who had tagged along for the class.

After 30 minutes of mastering the basic self-defence moves, the class was stepped up a notch and in came another instructor, Roelf Lotriet, with practical variations of possible attack scenarios.

THE SELF-DEFENCE MOVES FOR WOMEN

1. How to stop the attacker from striking you

Roelf explained to us that if an attacker is aiming to strike your face with a punch or open fist, this is the move that will protect you from the assault.

All you have to do is get into defensive mode by raising your arm to your face at an angle. With applied force, your raised arm will meet the attacker’s arm from inside and block the strike to your face.

2. The self-defence move to escape the headlock

To get out of a headlock, you should stamp the attacker’s foot like you mean it because your life will depend on it. Once you have hit him hard, use your arm to find space between the attacker’s arm and your neck then tuck your chin to your body to prevent choking.

Find the attacker’s pinky finger and snap it as it is the weakest of the fingers and will hurt more. Swing round to release yourself and get away.

3. How to hit the attacker in the groin

The groin area is an effective place to hit when the attacker is in front of you. All you have to do is hike your knee and push your foot into the assailant’s groin.

Kick hard, and put as much of your foot into the groin area. Back your foot away as fast as possible before the attacker has a chance to grab it. 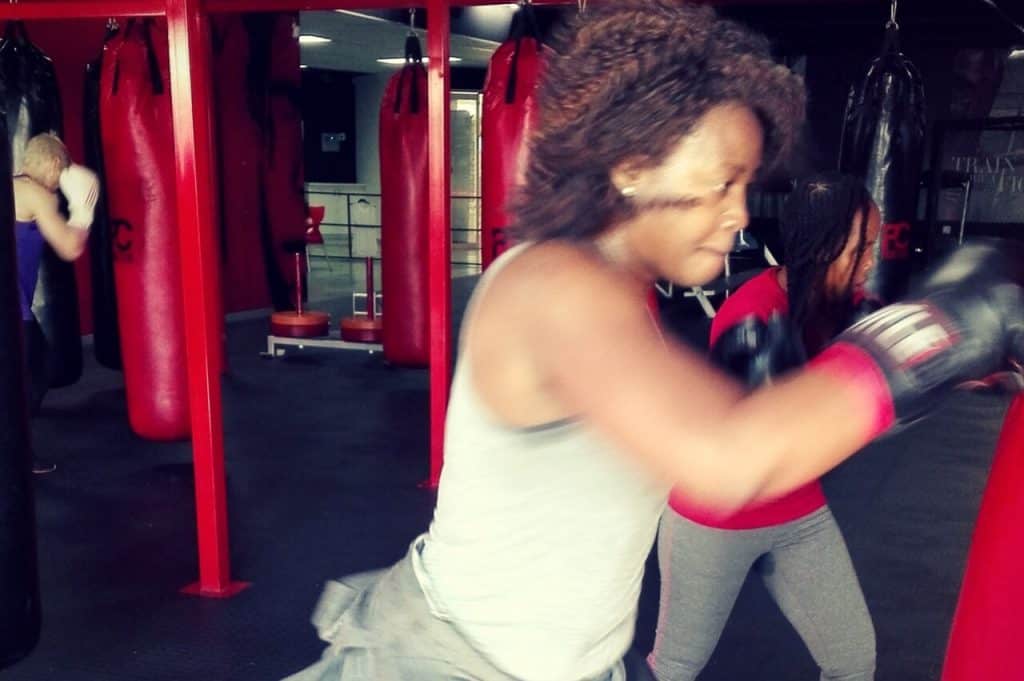 4. How to an escape a choke

In order for you to escape this grip around the neck, you have to act as fast as possible before the attacker has a chance to cut off your air supply.

The Centurion Fight Club said that you would need to bend your elbow in, to get out of the wrist hold, pushing upwards to break free. For a front choke, swing one arm across to break the attacker’s hold then use your other arm’s elbow or hand in a knife strike position to hit the attacker.

5. How to escape a bear hug

The bear hug in this instance refers to when the assailant grabs you around the shoulders or the sides of the body. The best technique to defend yourself in this scenario is by kicking the attacker in the shin or stomping his foot with all you have got.  Lower yourself enough to slip away from the grip.

EFFECTIVE BODY PARTS TO HIT DURING AN ATTACK

The Fight Club instructors explained that the following areas are the most sensitive body part that one should aim for in a dangerous situation.

Roelf warned us that hitting anyone in the jugular notch (the visible dip in between the neck and the collarbone)is quite fatal, stressing that we should strike the jugular notch, of the attacker only if it is a matter of life and death.

Other sensitive body parts that we can strike in self-defence are the eyes, the groin, shin or knees and the nose.
These are some of the basic information that I acquired during the Pretty Lethal self-defence class.

The instructors explained that with all these moves, the ultimate goal in an attack situation is to get away from the assailant as far and fast as possible when the chance presents itself.

They say prevention is better than cure. Follow the basic safety rules, stay away from dangerous situations and follow your instincts if you sense any threat.

After our one hour Pretty Lethal session, the Centurion Fight Club invited us to join them the following day for a free group boxercise training session, led by Jabu Makhense. Obviously, I did attend the extra class, and so did my daughters, and my buddy Mareli Pretorius. 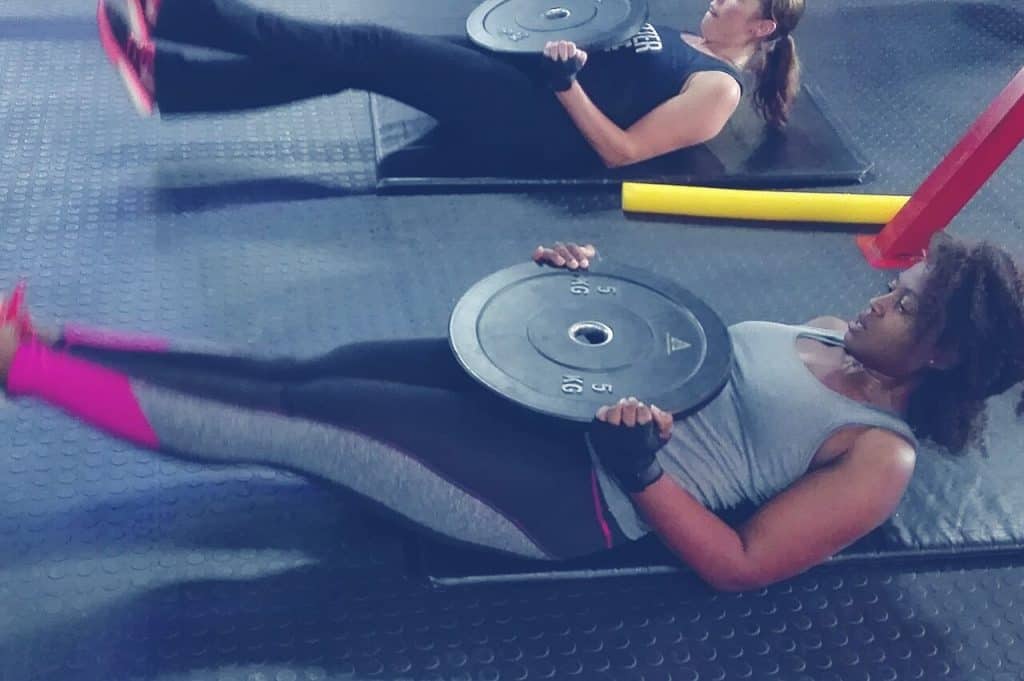 It was a fire igniting session that hit all my body parts from head to toe. I have never done this kind of cross-training in one single session before.

Some of the sweat dripping moves we did include kicking boxing with punching bags, running, cardio push-ups, weighted lunges; more running, weighted sit-ups, squats, more running, tricep dips and resistance running. Did I tell you we ran? Yea, we ran a lot.

I was fully stimulated physically and mentally and I want more of the Fight Club kind of training.
Have you ever taken self-defence classes or ever find yourself in a violent situation? Which self-defence moves for women are you familiar with? 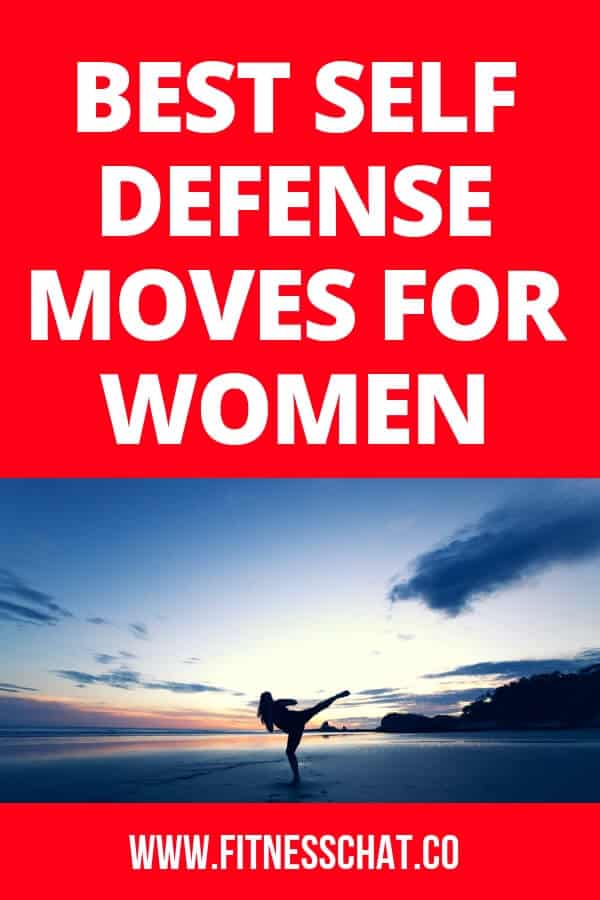 30 thoughts on “SELF-DEFENCE MOVES EVERY WOMAN MUST KNOW”