Here’s a real-life situation that has inspired these running safety tips, especially for female runners.

Bob Marley once said, “You never know how strong you are until being strong is your only choice”. These words may just have been a quote to Kelly Herron- until the day when being strong during a spine chilling ordeal, was her only choice. 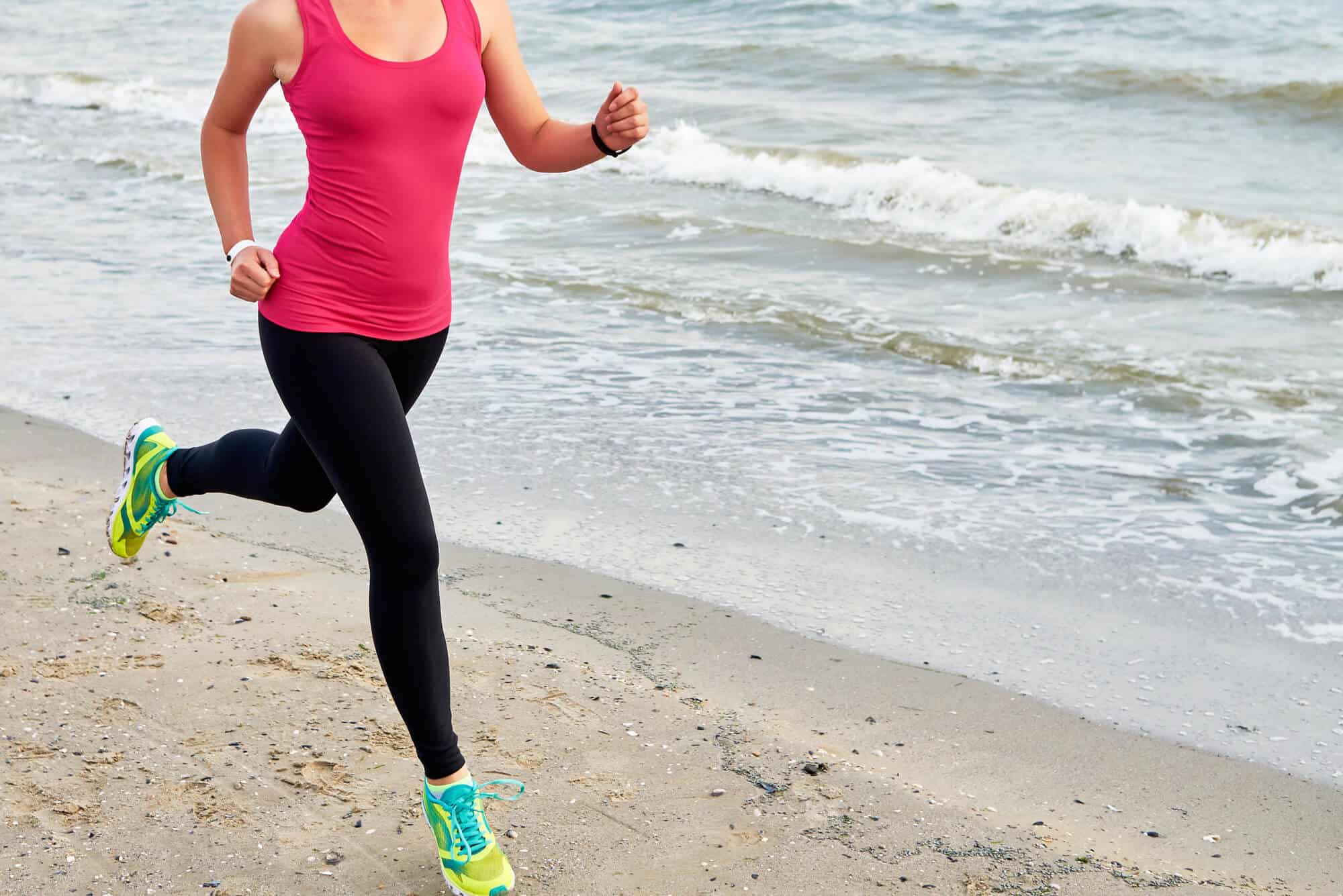 Kelly was allegedly attacked in a public restroom at a Seattle park during an afternoon run. She later wrote on her Instagram the following :

“My biggest running nightmare became reality- 4 miles into my long run Sunday afternoon, I stopped to use the restroom and was assaulted by a man hiding in a stall (that is my GPS in red lines). I fought for my life screaming (“Not today, M**F**er!”), clawing his face, punching back, and desperately trying to escape his grip- never giving up. I was able to lock him in the bathroom until police arrived. Thankfully I just took a self-defence class offered at my work and utilized all of it. My face is stitched, my body is “Not today motherf**ker!”

My biggest running nightmare became reality- 4 miles into my long run Sunday afternoon, I stopped to use the restroom and was assaulted by a man hiding in a stall (that is my GPS in red lines). I fought for my life screaming(“Not today, M**F**er!”), clawing his face, punching back, and desperately trying to escape his grip- never giving up. I was able to lock him in the bathroom until police arrived. Thankfully I just took a self-defense class offered at my work and utilized all of it. My face is stitched, my body is bruised, but my spirit is intact. #fightingchanceseattle #ballard #runnersafety #marathontraining #womensselfdefense #myballard #fightlikeagirl #fightback #dontbeavictim #nottodaymotherfucker #youcantbreakme #instarunners #garmin #garminvivosmarthr

My question to you is this:

If you had found yourself in a similar situation as Kelly, what would you have done had you been in her shoes? Do you have any self-defence skills, as she does?

Running safely is something that we usually don’t think about until we’re posed with a dangerous situation.

A situation like Kelly’s is one that makes you take a step back and think about situations that may have put you in harm’s way.

While Kelly’s nightmare is something you can’t really prepare for, there are running safety steps that you can take to prevent such attacks from happening to you, to a certain extent.

8 running safety tips that may save your life

1. Equip yourself with a self-defence skill

Learn how to defend yourself by signing up for martial arts for self-defence. Classes such as kickboxing, judo, Taekwondo Krav Maga and many others will equip you with moves that might save your life or save you from assault.

You can check online for self-defence classes in your area.

2. Arm yourself with running safety devices

You just have to check with your local authority about the legality of your weapon of choice, before buying or taking it out with you on a run.

Owning a running safety device is one thing, and learning how to use it is another story altogether.

You need to practice how to use your device correctly and effectively. There’s no use in carrying around any running safety gear if you can’t properly use it when the need arises.

I highly recommend that you get yourself one of these running safety gear below. One of them might just be used to save your life in a critical situation.

This device looks like an ordinary pen but can be used as a self-defence weapon for night running safety.

This is a handy tool for trail running safety or running at night. You can use it against multiple threats and is compact and easy to carry around.

4. A personal alarm which can sound for as long as 50 minutes

If you prefer trail running in quiet areas, then you MUST carry with you one of the running safety gears mentioned above.

However, if you just love running alone in the early or late hours of the day, then you MUST at least invest in reflective running gear.

These reflective running gear items will help you stay visible in the dark:

READ: 21 Awesome Running Motivational Quotes For Your Next Run 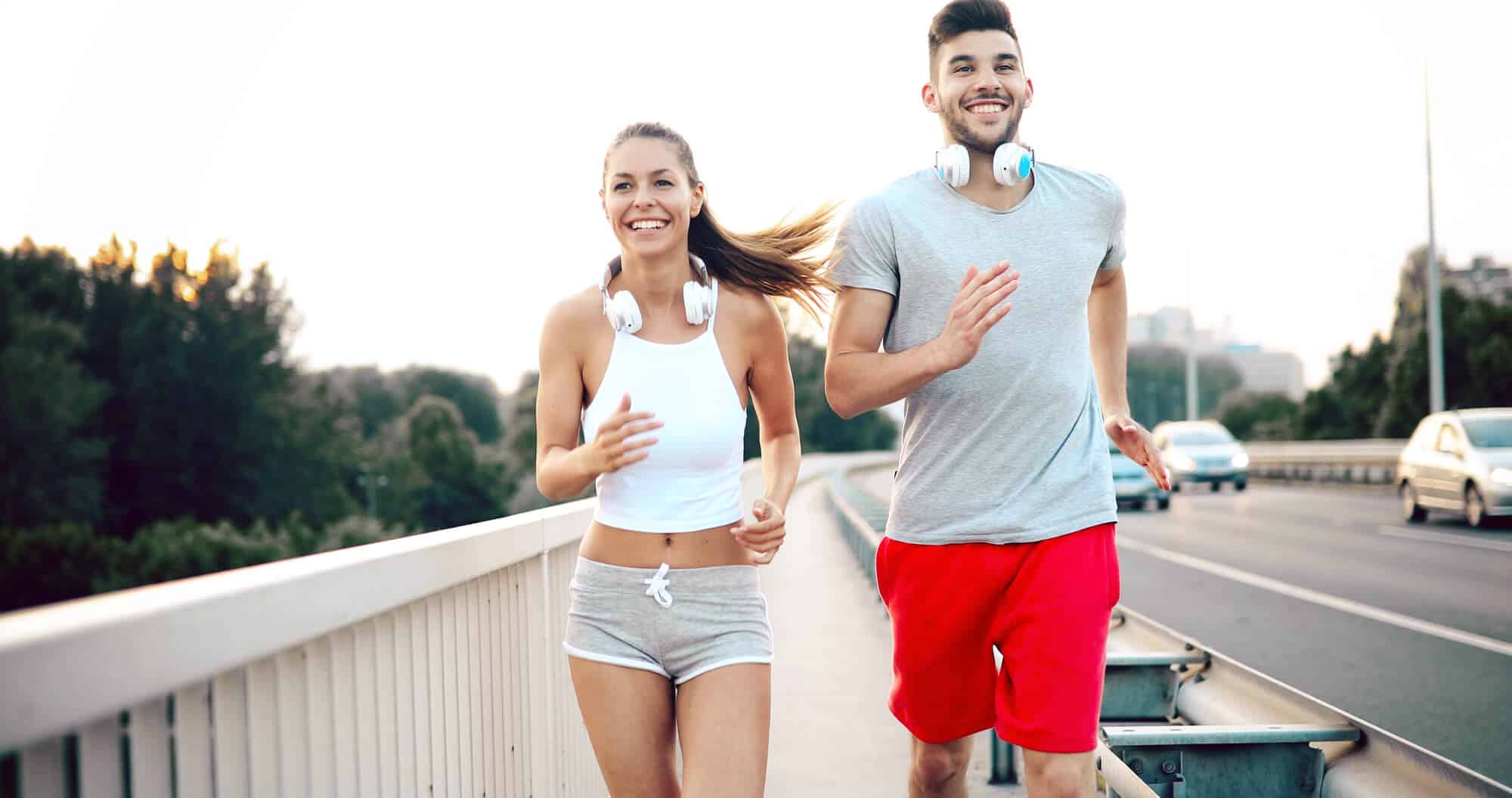 4. Always run with a buddy

Some people prefer to fly solo on this one but if you love a bit of company and are lucky enough to find a running buddy, then please always hit the road with them. You know what they say about power in numbers, you are less likely to be attacked if with a friend than when alone.

If it can’t be helped, and you have to run alone, then always check in with a friend or family member, by letting them know which route you’ll be taking.

Give them an estimate of how long you’ll take to run the course and as soon as you get home, check in with them again. This way if something is amiss, they will quickly notice.

5. Change up your route every now and then

People who run often will tend to have certain routes they enjoy and would rather stick to. If that describes you and running safely is important to you, then your runs should never be predictable.

Change up your running course every now and then, and when you do, inform a family member or friend. 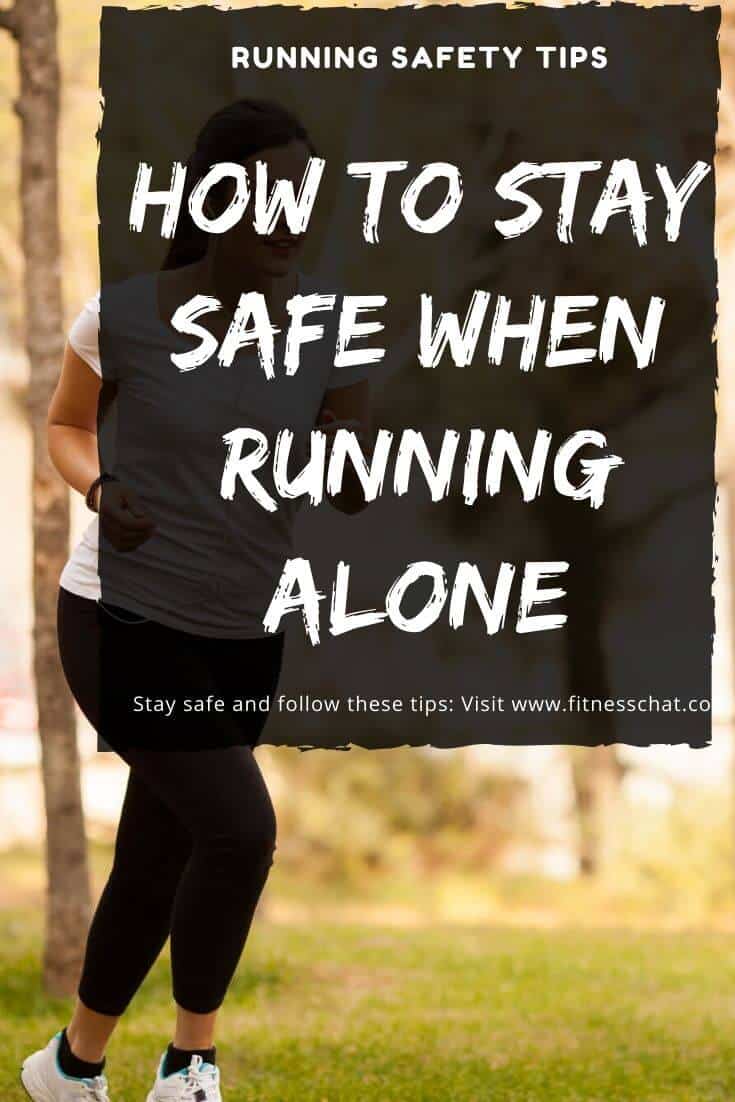 A few months ago, while running on an isolated street, I had an encounter which gave me such a fright. A man suddenly came up to me from behind, and although he seemed not to have sinister intentions, I was terrified out of my cotton socks because I had not heard him approach.

After I regained my composure, he told me that he wanted to hand me a flyer for his small business.  He also added, “I always see you running on this road and the other one which you take on other days.”

I asked myself a lot of questions afterwards. My biggest question, which perhaps, led me to write about running safely was ‘what if he had wanted to attack me?’ The experience was a huge eye-opener. I have, of course, stopped using that particular route and now run before sunset.

Related post: HOW TO BUY RUNNING SHOES – A GUIDE FOR BEGINNERS

Run in an area that has a fair amount of people. You are less likely to be attacked in an area with a good amount of human traffic than in an isolated environment. Predators thrive in places where their deeds will not leave witnesses. 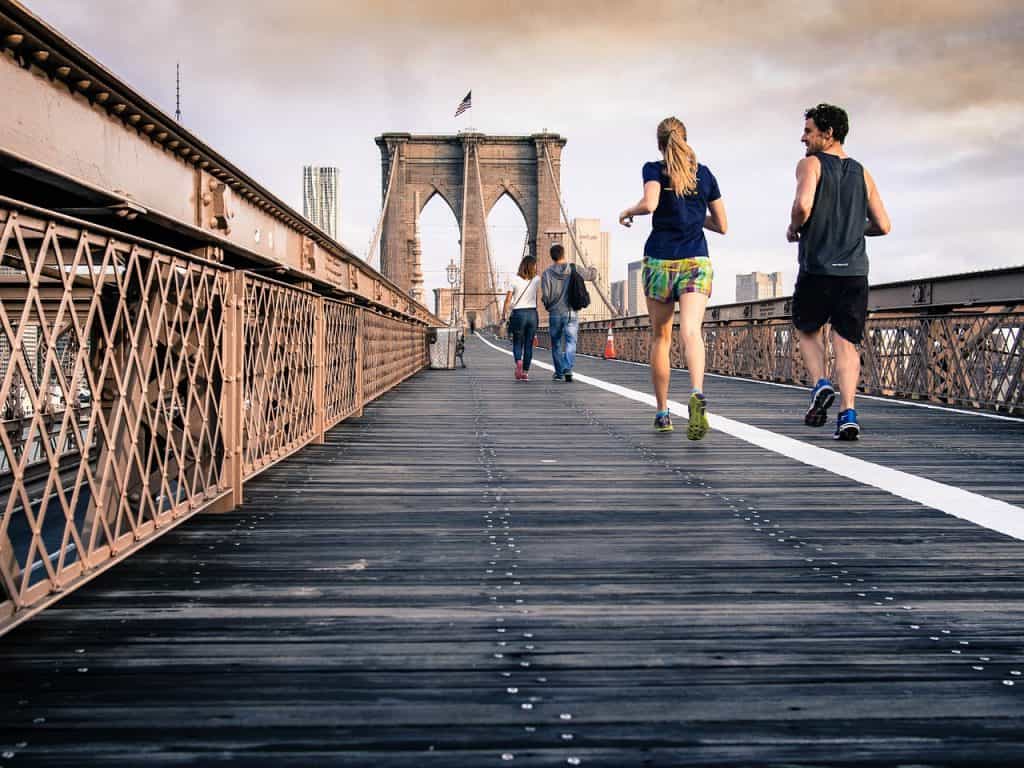 7. Do not run with headphones on

Until recently, I had been running with music on, at full blast. The experience which I mentioned earlier about the man coming up behind me changed things for me. Because of the music, I wasn’t attentive to what was going on in my environment and didn’t hear his footsteps behind me at all.

Running with loud music on has its own merits – it puts that extra pep in your step. It also has demerits too – it lowers your sense of alertness.

I have found a balance now. I either run with the music on low volume or with just one earphone plugged in. Maybe, in the long run, I will completely wean myself off of running without someone singing in my ear.

8. Carry a mobile phone with you

Cell phones are convenient for running safety in so many ways.

Other running safety tips include: making yourself visible by wearing reflective running gear, facing oncoming traffic if you are running on the road, running with a dog, and just following your instincts if you sense any danger. Remember, prevention is better than cure.

Do you run alone? What are some of the running safety tips that have saved you from danger? 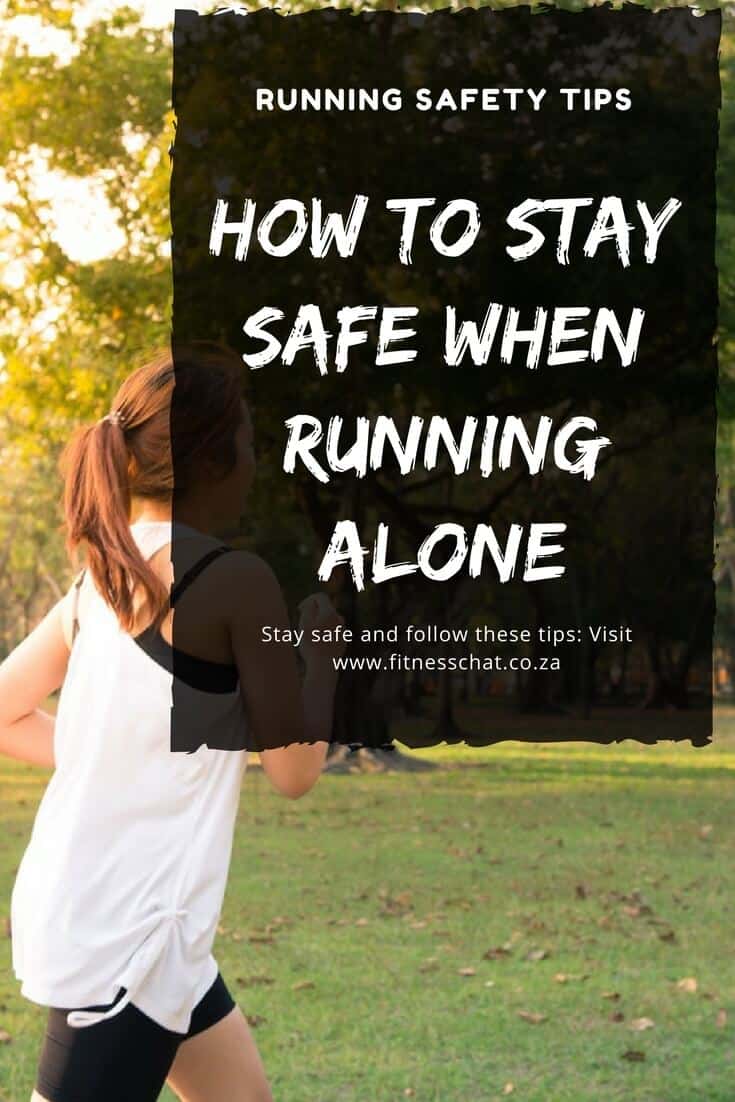 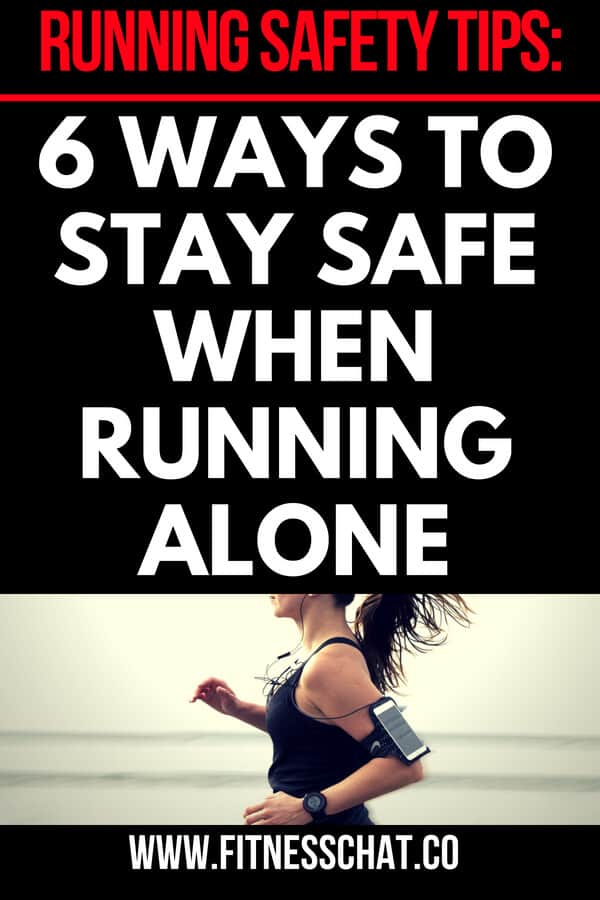 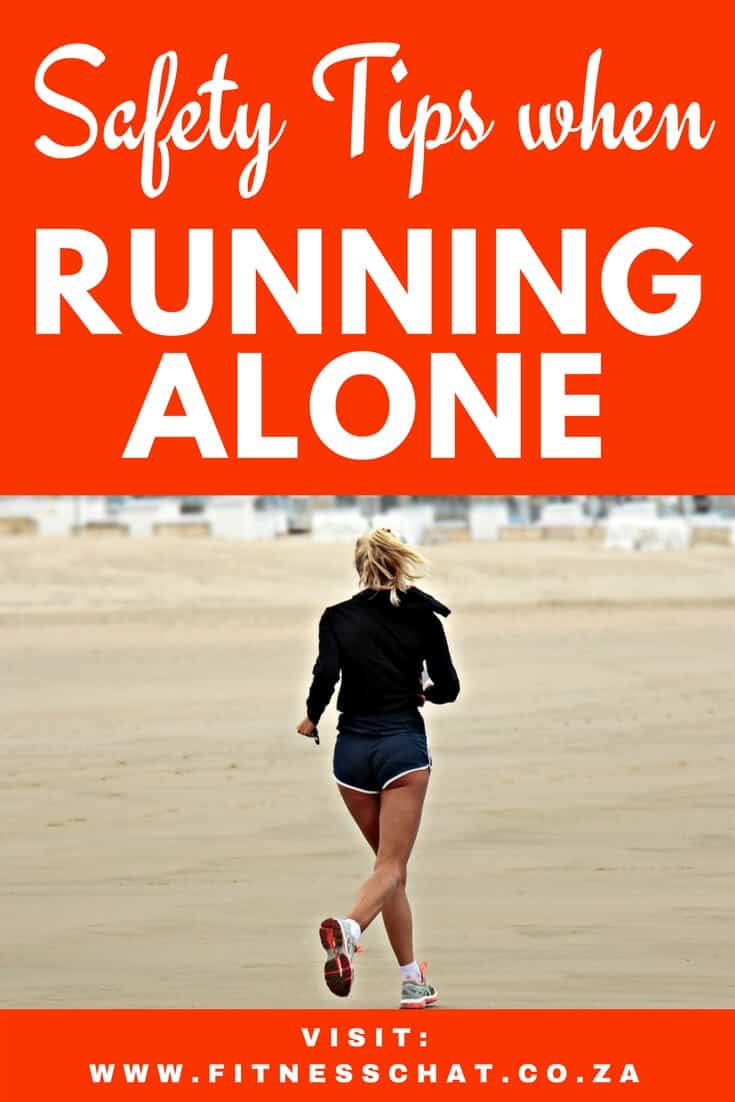 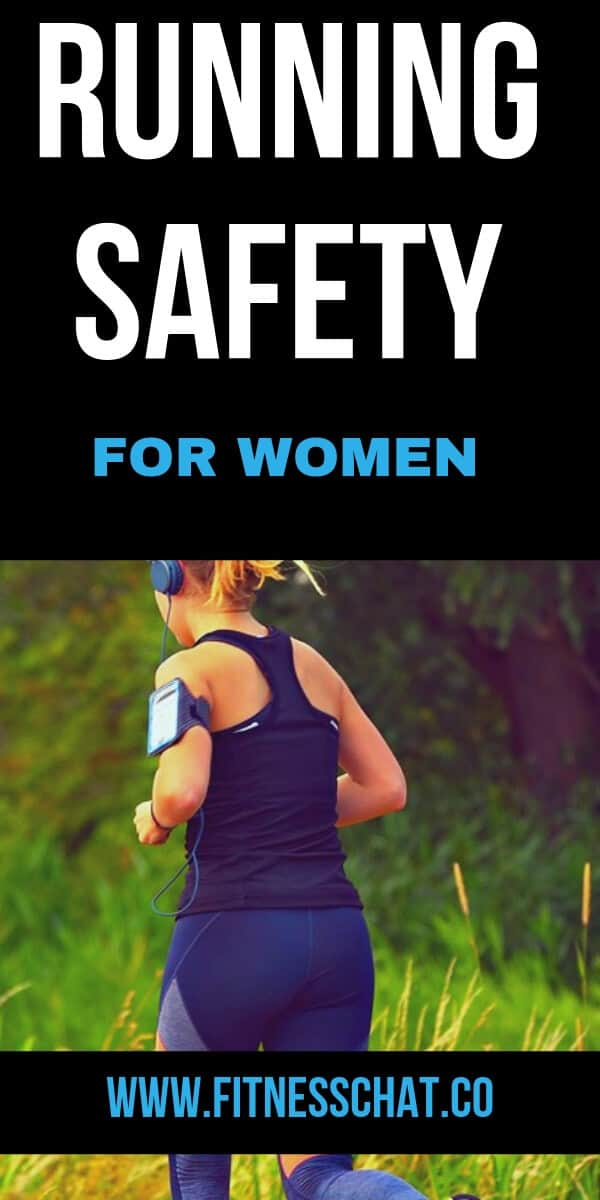 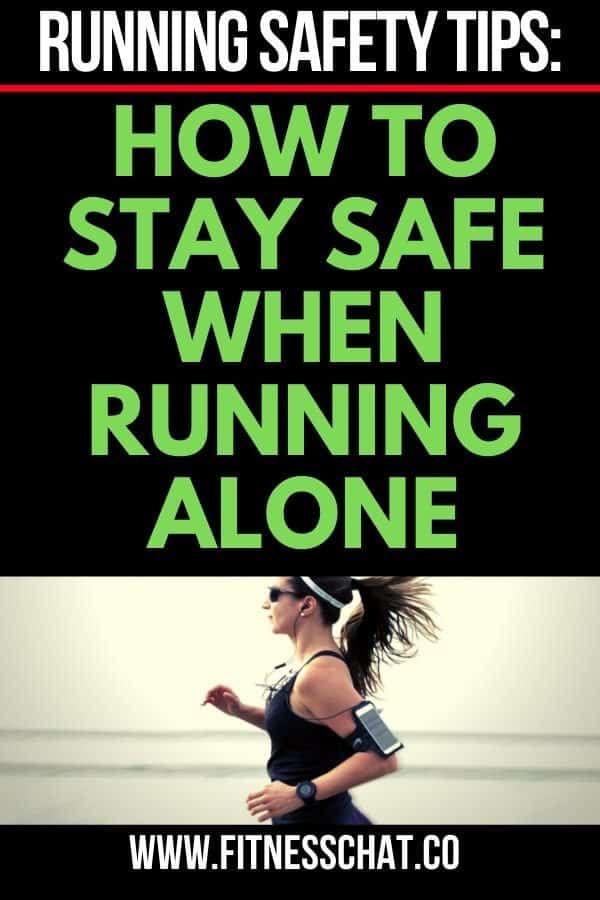