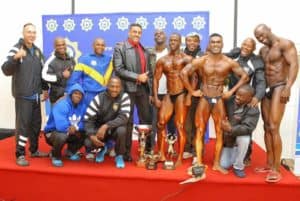 For almost 25 years, Vikesh Dhayaram has been pioneering the sport of bodybuilding in the South African Police Service (SAPS). The 48-year-old personal trainer wears plenty of hats in the fitness industry. Currently, Vikesh is IBFF Judge, SAPS Bodybuilding provincial chairman for KwaZulu Natal, KZN SAPS head coach, owner of Body Image Personal Training, Supplements SA KZN Franchisee, and past WPF and IFBB Judge. In this bodybuilding chat, Vikesh talks about his accomplishments as a personal trainer, his qualifications and offers solid advice for anyone struggling with reaching their fitness goals. 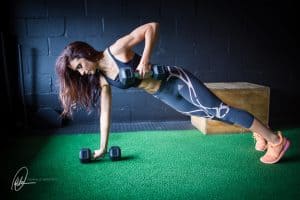 In 2015 Marelize Esterhuizen participated in a fitness challenge, eager to be pushed out of my comfort zone. And pushed she was! Marelize trained five to six times a week and gave up sugar and alcohol. She grew stronger, healthier and happier and at the end of the contest, Marelize was announced as the winner.

This sprouted Marlize’s determination to live out her newfound dream of working in the fitness industry. 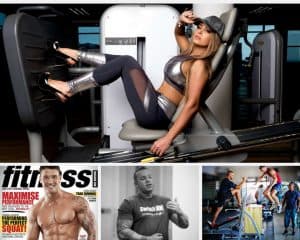 Fitness Chat has rounded up 10 of the best personal trainers/coaches in South Africa. These fitness gurus are by reputation highly sought-after and are known to sculpt bodies to absolute perfection.

With the New Year fast approaching, new fitness goals will be set by almost everyone. People will be needing to lose weight, some will be prepping for fitness competitions, while others will be training in order to just look great naked. 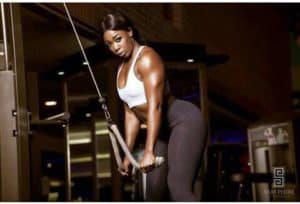 Apart from her 8-5 hustle as a business sourcing consultant, 25-year-old Zinhle Masango wears many other hats. She is an online coach, fitness motivational speaker, Planet Fitness influencer and NPL brand ambassador. Zinhle is also a mum and owns her own fitness company. She shares training, motivations and nutrition tips in this Fitness Chat. 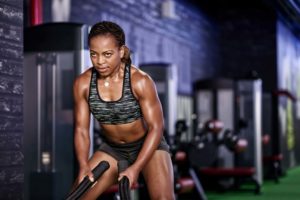 During her last few years in high school, Faith Aviwe Majodina watched a weightlifting demo and instantly decided that was what she wanted to pursue. And after participating in the sport for about three years, Faith took part in the Western Cape provincials’ competition, where she placed first in the under 63kg division. Later, she was selected to represent the Western Cape in the Junior South African Championships under 63kg and she placed second.

But due to her studying and work commitments Faith had to put weightlifting aside for about 4-5 years. She wasn’t training at all during this period and wasn’t happy with what that did to her body and health.  In this Fitness Chat, Faith Aviwe Majodina shares how she got back on the grind, her training, fitness motivation, and nutrition tips, and plenty more. 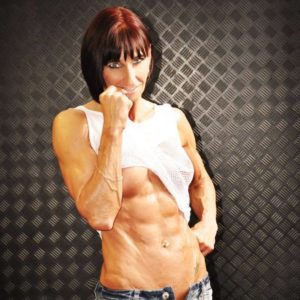 Joan Venter considers herself a late bloomer in the sense that fitness and living a healthy lifestyle became part of her life only after her kids had been born. Joan started to train regularly only in her late 20s. Up till then, she never had an interest in exercise or getting fitter as she deemed herself an academic and always had her nose in books. But that all changed once she got into it and has never looked back, except for the time that she was involved in an accident and had to undergo operations. Today at the age of 54, Joan Venter still trains six days a week and reveals her training splits in this Fitness Chat. 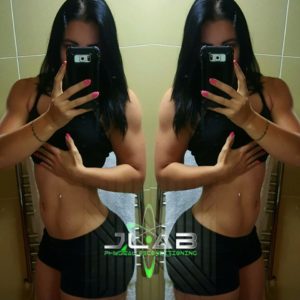 Marisca de Beer is a fitness fanatic who is currently in a relationship with peanut butter, enjoys the occasional butt rub and a pizza date.

In her younger days, she participated in sports such as athletics, netball, and tennis but was never really the “A team” sporty type. In fact, Marisca de Beer has been more on the creative side of life and her main passion has always been art. 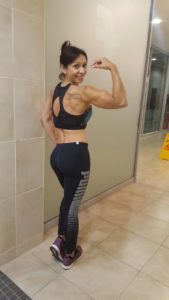 At 45 years of age, she has a smoking hot physique that will give most 20-year-olds a run for their money!

Tercia Dawes is extremely passionate about living a fit, healthy lifestyle and is motivated by knowing that her journey inspires others. For Tercia, her lifestyle is about being healthy on the inside, as well as the outside. And that is why she is incredibly passionate about building muscle in the healthiest way possible and she has managed to achieve her current results 100% naturally, relying on wholesome nutrition and consistently training hard and pushing the limits. 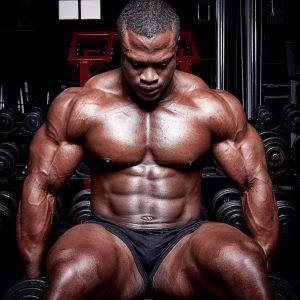 Sibusiso Khuzwayo Kotelo trains aggressively hard and says food manipulation, with a good balance of carbs, proteins, and fats is key when he is bulking. When he is not moving iron around in the gym, 25-year-old Sibusiso is sitting in class, studying towards becoming a  personal trainer. In this Fitness Chat with him, Sibusiso Kotelo shares his training plan, bodybuilding supplements he uses supplementation, and what he eats for size. 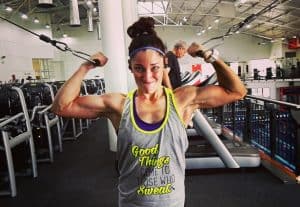 21 year old Shadine Nortje has always had a passion for fitness since her high school days. Unlike most athletes, Shadine has not always been in shape but has consistently trained hard to achieve her current physique. Shadine’s biggest transformation has been during the past three years when she made the decision to get to her fitness goal. And now that she is ripped, Shadine has a new goal – to compete for the first time in the International Federation of Bodybuilding South Africa (IFBBSA) Ladies Bikini Fitness category. I met up with Shadine for a Fitness Chat over coffee at Menlyn Maine. Read on to find out what she had to say about her training routine, nutrition and how she is prepping for the competition, 9 weeks out. 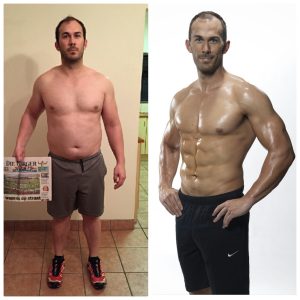 After trying and failing numerous times over the last couple of years to lose weight and live a fit and healthy lifestyle, Riaan Smit finally had to sit down and figure out why his efforts were not successful. The answer was that his schedule simply did not allow for regular visits to the gym and his solution for this issue was to start training outdoors. That meant finding something he could do any time of the day, no matter where he was.

Eventually, Riaan kick-started outdoor training, entered the Ultimate Sports Nutrition(USN) 12 week Body Makeover Challenge and after losing 20.3 kg of body weight and 10.9% of body fat, he emerged as the male winner of the competition. Fitness Chat with Riaan Smit, looks at his, USN before and after the weight-loss journey, his life after winning the USN 12 Week Makeover Challenge and so much more. Read on and be inspired.